The Story of Gavin Wood – Founder of Polkadot, Kusama and Ethereum

British Workaholic Programmer – Gavin Wood is a Founder of Polkadot, Kusama and Ethereum. He has put a lot of effort into the development of the crypto industry. Thanks to his competent implementation of a smart contract on Ethereum, thousands of crypto projects have come to life.

Gavin Wood was born in London in 1980 and was a very diligent child who was drawn to the exact sciences. Then he started to interested in computers and got acquainted with the theory of games. According to his friends, Gavin was a smart guy and always tried to bring all his ideas to life.

Subsequently, his childhood hobbies grew into the creation of his own online games. The most famous is Milton Kaynes. Wood began his studies at the Royal School of Lancaster. After graduation, he entered the University of York, Toronto, majoring in Computer Engineering. At the age of 22, he becomes a master. And three years after graduation, he defends his candidate’s work and receives a doctorate in engineering.

After that, Wood took up teaching, discovered snowboarding. He learned several languages, including Italian, French and even Romanian. He also continued to study programming languages, became interested in photography and taekwondo. He even managed to work for a couple of years as a technical consultant at Microsoft.

In general, Gavin’s life is not as busy as that of the same McAfee. He needs to be given credit that he is able to achieve his goals without any hype or attracting public attention.

By the end of 2013, the British programmer had 15 years of open source programming experience. At one of the conferences, Gavin met Johnny Bitcoin and Vitalik Buterin.

His hope bore fruit. A few weeks later, Wood joined Buterin in Miami to write PoC-1 Ethereum and present it at the North American Bitcoin Conference in January 2014. At that point in time, Gavin described Ethereum as “one computer for the entire planet” and devoted all his free time to development.

Six months after the conference, the founders met in Switzerland to formally found Ethereum. Buterin justified this choice by the fact that Switzerland has liberal laws in relation to cryptocurrencies and there are many potential investors.

Starting to work on Ethereum, Wood admitted that he doubted whether this project could bring him any profit at all.

Wood co-founded Ethereum and became the first CTO of the project. Soon he offered and helped develop a programming language for writing Solidity smart contracts. In April 2014, Ethereum was already formally described by Gavin Wood in the Yellow Paper, and informally it was called the “next generation of Bitcoin” (or “Bitcoin 2.0”).

In the second half of 2014, an ICO (initial public offering) was announced as a crowdfunding fundraiser for development. The guys managed to collect about 31.5 thousand bitcoins. At that time, this was equal to $ 18.4 million. The amount at that time was very impressive and it was almost impossible to make investors believe in the project at that stage of the development of the crypto market. Then only madmen invested in bitcoin after the hacking of the MtGox exchange.

Surprisingly, Buterin’s creativity was able to find Peter Thiel, a billionaire and one of the founders of PayPal. He invested $ 100 thousand in the project. Ethereum was seriously interested in large banking structures: Goldman Sachs, JP Morgan, Credit Suisse, Barclays, and Vitalik Buterin met with employees of Samsung and IBM.

Within two years of the project’s inception, Wood was responsible for ensuring that the design, development, and final launch of Ethereum went well. Many solutions were also found that subsequently allowed the team to bring Ethereum to the global stage and launch the main Ethereum network on July 30, 2015.

Everything is pretty good, the project was developing, the team was one of the most successful in the industry. But this is until the moment when, in 2016, on the basis of the Ethereum network, the DAO (Decentralized Autonomous Organization) fund was created – Decentralized Autonomous Organization. Idea of ​​creating such an organization took the best from crowdfunding, hedge funds and decentralized management of many investors, creating something that did not exist before in the crypto world.

Understanding the DAO Concept: A Closed Network that Manages Itself

The DAO Foundation has been an overwhelming success. In less than a month, a group of developers from Slock.it and the main Ethereum team managed to raise more than $ 150 million.

Since there was the source code on the github, many users talked about the platform vulnerability. The developers did not pay much attention to this vulnerability at first. As it turned out, it was very, very in vain: on June 17, 2016, one of the largest attacks in the history of the cryptoindustry took place.

Taking advantage of the vulnerability found, hackers were able to withdraw about a third of all funds in the DAO account. It was about $ 50 million in Ethereum equivalent. There was a general panic. 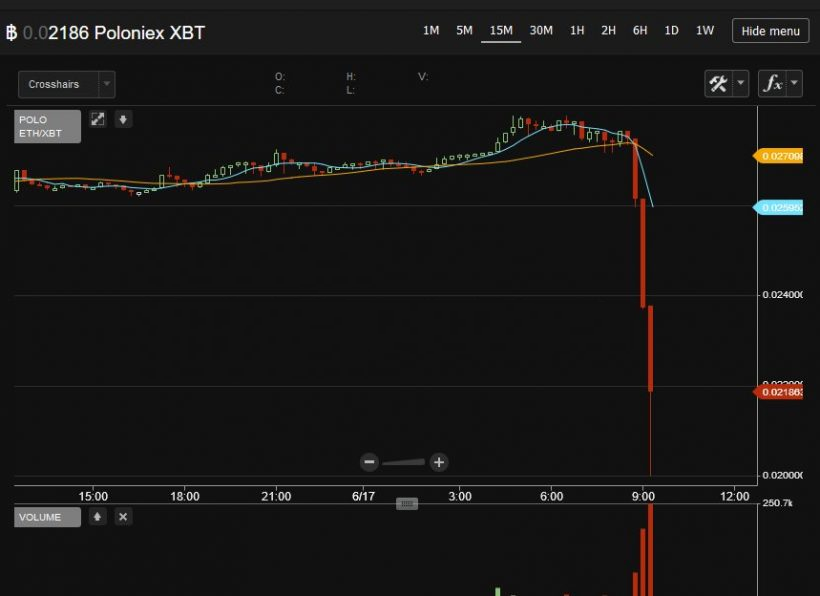 After the DAO hack, the price of Ethereum survived the halving, dropping by almost 50%.

In one of the interviews that followed, Gavin Wood shared his view of the event. He tried to explain that the problem did not occur with Ethereum, but with one of the applications, and that smart contracts are not embedded in Ethereum.

DAO is an application that sits at the top level of the Ethereum system. Someone attacked the application itself and stole a third of the funds that were generated with its help.

Wood drew an analogy with hacking sites. If a site breaks down, one cannot say that the Internet itself is “broken”.

The events that took place led to the fact that the network was hard forked. The creators had to break the immutability of the blockchain in order to return the stolen funds to users. At the same time, those users who were against the hard fork and believed that it violated the basic principle of decentralization continued to support the original network. This led to the formation of Ethereum Classic. 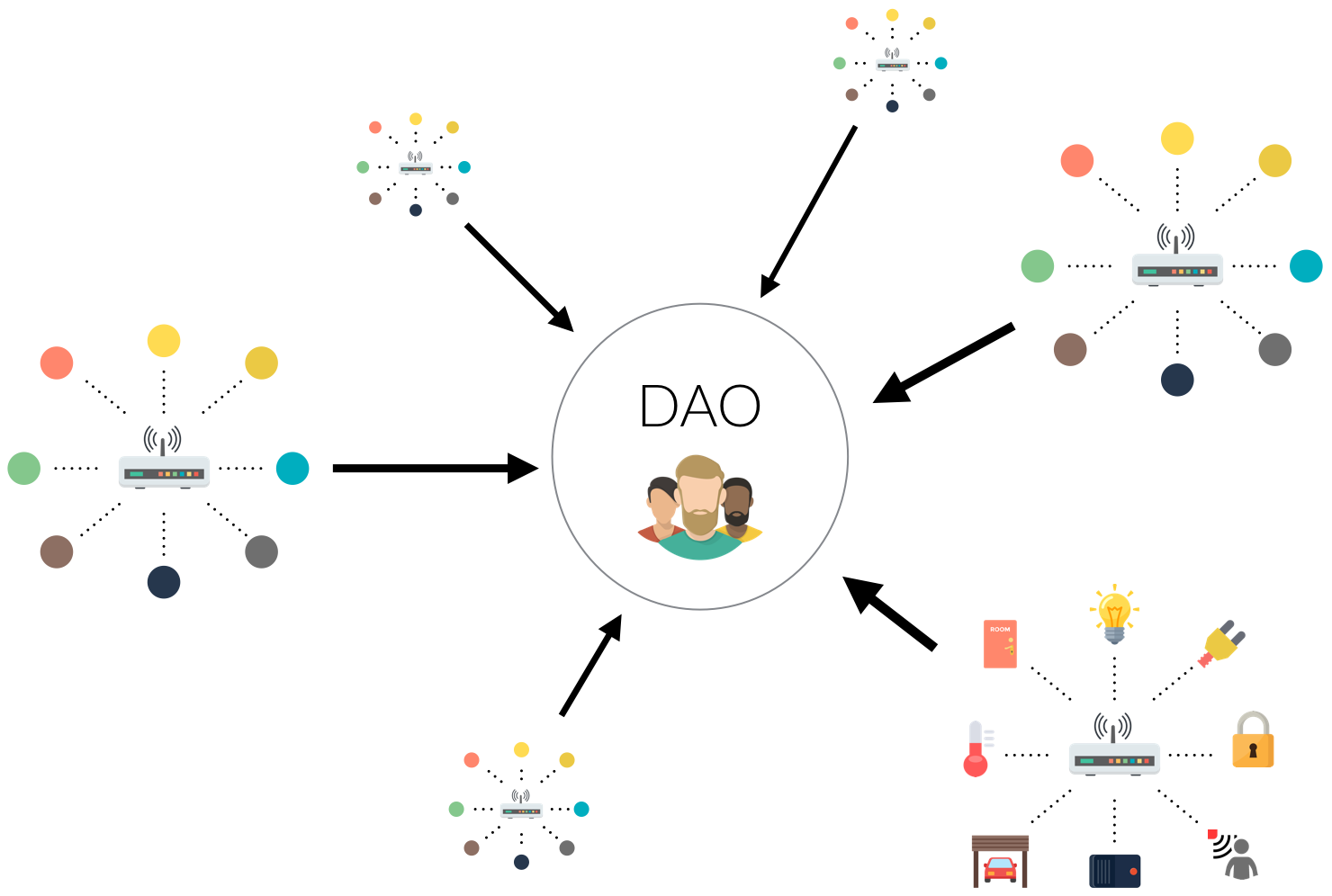 After leaving Ethereum in 2016, Wood, along with Jutta Steiner of the Ethereum Foundation and several other developers, founded Parity Technologies (formerly known as Ethcore). The company began building an open source infrastructure on the Ethereum network.

Parity has released a free platform with tools including a mining client software, a downloadable wallet, a framework for building blockchains, and a testing framework for new decentralized applications (dapps).

Ethereum quickly began to gain popularity among miners and attracted a huge number of developers.

Wood and his team have always been the main engine of the industry and they strived to move the industry forward.

Later, they coined the term Web 3.0, also known as the decentralized Internet. This led Wood to found soon the Web3 Foundation to support the development of the technologies needed to realize his vision.

As the development of Ethereum 2.0 dragged on, Wood and his core development team determined that building a protocol to connect blockchains to each other was a critical missing link in Web 3.0. This led to the idea of ​​creating the Polkadot project. 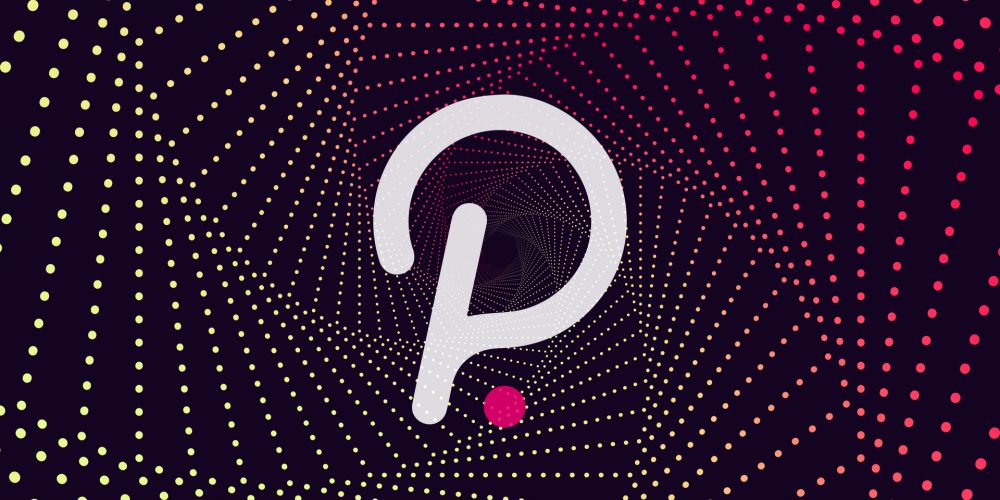 In 2016, he wrote his white paper for Polkadot, naming his network after the idea of ​​a pattern with no beginning and no end.

Compared to Ethereum’s Proof of Work mechanism, Polkadot relies on the Proof of Stake mechanism and allows developers to create their own blockchains. They can interact with other ledgers to form a parachain system. Developers can decide what transaction fees to charge and how to quickly confirm blocks of transactions on the network.

This idea led to the fact that they need a lot of funds to implement such a project. Polkadot raised $ 140 million in an ICO in 2017. Unfortunately, history repeated itself as with the DAO.

The money became unavailable after a hacker found security vulnerabilities, ironically in the Parity wallet that Wood helped create. A year later, Polkadot raised another $ 43 million.

Polkadot was followed by other innovative projects such as Substrate. This project sets up a framework that allows users to create their own blockchains.

Another innovation was Kusama in August 2019, the Polkadot canary chain. This project is completely independent from Polkadot. However, it runs on the same software. It is a testing ground “that will allow teams and individual developers to build and deploy parachains, and test Polkadot’s management and distribution functionality in real-world environments.”

Unlike Ethereum, Polkadot allows every user and developer to create their own blockchains. This gives them the freedom to choose the types of fees they charge and how quickly blocks of transactions are confirmed.

As the main developer for Polkadot, Wood has overseen the busy 2020 for the project since launching in May. Things weren’t going well and Wood had to take part in the DOT token denomination, helping the project and the community fight the exchanges that listed “new DOT tokens” before the denomination was completed. 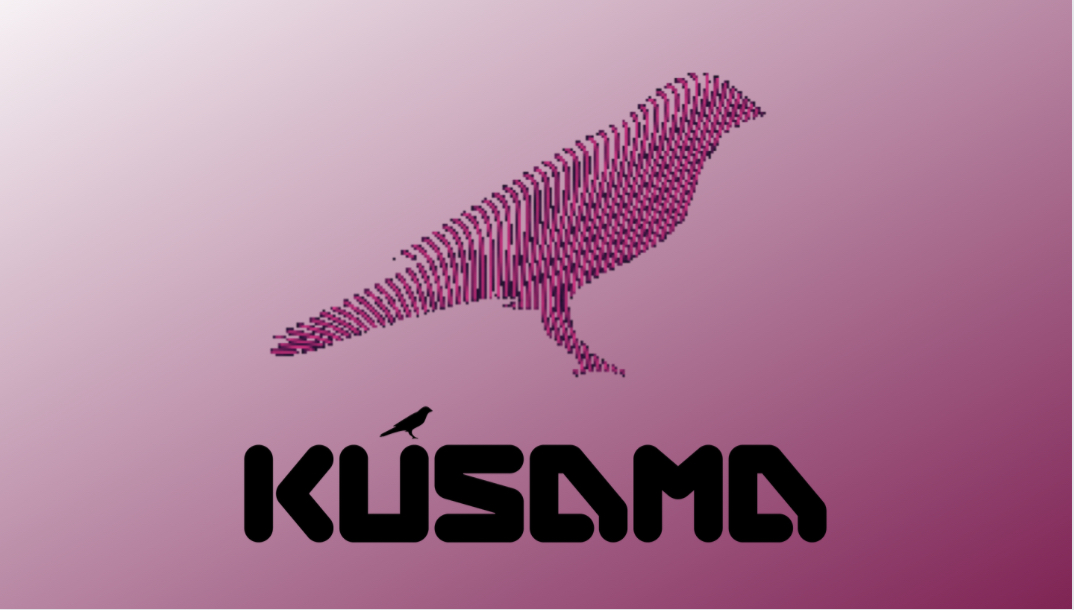 After a year of active development on Polkadot, Gavin finally announced on May 17, 2021 that the Kusama canary network is capable of launching parachains, network chains that allow Polkadot to run different blockchains with different logic, but with shared security. This is a key final test before launching the same update on Polkadot itself. If that happens, it will be the embodiment of Polkadot’s vision, which has been developed since the ICO.

Several parachain auctions have already taken place for Kusama, during which both Karura and the Crowdloan campaign became the winners. It was launched by Acala, was able to deposit more than 491,000 KSM for Karura, worth about $ 93 million.

Unlike ICOs, where users give their money in exchange for tokens, the kradloan campaign allows you to block kusama tokens from six months to two years and receive project tokens. After the expiration of the time, investors will be able to collect their kusama tokens and participate in further auctions.

After the successful completion of the first auctions in Kusama, it can be expected that auctions for the launch of parachains in Polkadot will take place shortly thereafter.

So far, everything is going according to the developers’ plan without major changes to the deadlines, which may not be encouraging.

Wood stated that Polkadot runs on an extremely simple underlying protocol that will remain unchanged – changes will occur at the top level, and this should protect Polkadot from accidents or unexpected forks. To avoid a situation similar to what we saw with the DAO in Ethereum.

Now Ether is the second largest cryptocurrency in terms of capitalization. Polkadot is in the top ten, and kusama is the top 50 best projects. Dr. Gavin Wood has put a lot of time and effort into all of them. This led him to become a fan of his business, with many years of implementing ideas. His ideas are incomprehensible to many and most likely, they can be ahead of time and even market development.

Despite a very modest life, the experience gained allows a talented developer to act both as a project organizer and as a consultant. He is open for cooperation and gladly agrees to participate in a wide variety of projects.

So, if you are interested in promising projects or technologies, we recommend that you carefully follow this guy, because he knows what is under the hood of this technically revolutionary crypto market.