What determines the Bitcoin price?

When deciding to buy cryptocurrency, investors try to estimate the Bitcoin price in the future. In this article, I will tell you what factors affect the price of bitcoin. And also what trends should be monitored in order to predict the rise (or fall) of the currency.

Bitcoin is the main, first and most famous cryptocurrency that appeared in 2009. At that time, it was not yet presented on exchanges, and bitcoin had not yet appeared as an asset. The first transactions with bitcoin occurred in 2010, when $ 0.0025 was given for 1 BTC. Then a fascinating and dramatic journey along the BTC price chart began. In 2012, the price started at $ 0.01. In 2021. the price reached $ 68 thousand.

Limited emission as one of the price factors

Bitcoin is the same story. The blockchain of the cryptocurrency is created in such a way that a total of 21 million and no more BTC will be issued, and to date, about 19 million coins have been mined. This makes Bitcoin an extremely rare asset with a limited supply. As a consequence, in the long term, the price of bitcoin rises.

The second half of 2020 and 2021, starting from its beginning, were marked by the interest of institutional investors in cryptocurrencies and bitcoin in particular. For example, the software company Microstrategy started investing in BTC last year. And this year she continued to follow her course. At the moment, it has 91,850 BTC worth $ 3.5 billion at its disposal.

And the investment company Grayscale Investments, for example, controls about 500 thousand BTC. By the end of 2021, the volume of bitcoins in the funds it manages may reach 5% of the total bitcoin mass.

Tesla is not far behind. In February 2021, the company announced the purchase of bitcoins as an investment. And then she announced her intention to accept BTC as payment for her cars. But then Musk changed his mind.

News headlines with information about the purchase of bitcoin by large companies play into the hands of its value. It attracts the attention of the general public, and everyone thinks: “If these smart guys invested in bitcoin, then there is something in it. I’ll buy too.”

In other words, the scheme works here: institutions are purchased -> hype in the media -> interest in the crypt among the public -> demand growth -> price increase.

“Dollar is not money, cryptocurrency is the best”

Covid-19 and everything connected with it have dealt a tangible blow to the global economy. And so far, politicians and economists have not come up with any other way to deal with the crisis other than printing new money. It happened this time too. In 2020, Trump printed $ 2 trillion and scattered it from a helicopter and distributed it to US citizens and businesses as financial aid. Where did people and companies use this money? Of course, you spent something. But the colossal supply of money went to the stock markets and crypto. In many ways, Bitcoin owes its growth in 2020 to this. In 2021, Biden is following the example of his predecessor. He has already printed 0.9 trillion and said: “I will give more.” It seems that some of this new money will go to crypto again. The European Central Bank is doing exactly the same. For example, in June 2020, as part of the TLTRO lending program, the ECB printed 1.3 trillion euros. For one day.

In general, we can already say for sure: if money is printed, wait for the growth of stock markets and crypts. Not immediately, of course, but with some lag, but the growth of quotations is guaranteed.

Halving as a driver of price growth

Every four years, a halving occurs on the bitcoin network – a halving of the block reward. And every time, a few months after that, the price of BTC went up. Halving was in 2016 (and in 2017 there was a rise in price), in May 2020 (and an increase in BTC last fall). This phenomenon is easy to explain, because after halving, the rate of bitcoin inflow to wallets and, subsequently, to exchanges, sharply decreases. The supply decreases – the price increases.

The next halving of bitcoin is scheduled for 2024. It seems that one does not need to be a visionary to create a correct forecast for the BTC price this year. By the way, PlanB’s S2F model is built on the basis of halving, and so far the actual price correlates well with this model. If you look at the S2F chart, you can see that the price spikes occur several months after the halving. The real value of bitcoin is indicated by yellow dots. It tends to the model chart, then moving away from it, then approaching. 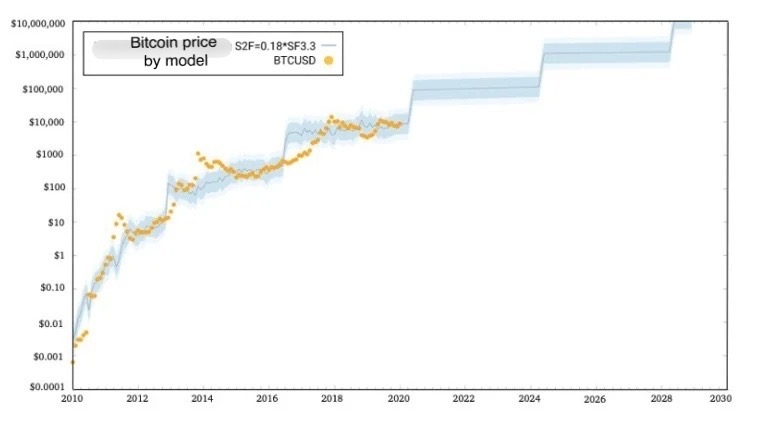 Hashrate is the rate at which hash sums are computed on the Bitcoin blockchain. The speed of processing transactions in bitcoin and, in general, the practical feasibility of cryptocurrency depends on this value. If the hash rate drops, transactions will be slow. No one will need a blockchain where operations need to wait several hours.

This situation happened quite recently. In April this year, due to accidents at coal mines in the Chinese provinces of Shanxi, Guizhou and Xinjiang, several power plants in the country were closed. As a result, some miners from China (75% of Bitcoin’s mining capacity) were forced to shut down their farms. The hash rate dropped by up to 70%. And the price of bitcoin also rushed down and collapsed by 10%. The transaction speed dropped dramatically, and you had to wait several hours to complete the transaction.

Thus, the BTC price is strongly influenced by the activity of miners or, more precisely, the hash rate.

China has once again threatened to ban Bitcoin mining. So, on May 21, it became known that the authorities of the Celestial Empire announced the fight against cryptocurrency mining. The BTC rate reacted immediately, dropping 12%. Against this background, many miners have already begun to leave the country in search of a better life. Where are they going? Perhaps to Russia, because the Krasnoyarsk hydroelectric power station can take many disadvantaged people under its wing.

At the end of June, it became known that all miners in China had stopped working. On July 7, the People’s Bank of China spoke out on stablecoins. According to the regulator, bitcoin, other cryptocurrencies and stablecoins threaten the financial security and social stability of the country. Well, this is not surprising. Beijing plans to use the digital yuan, its new currency, CBDC, during the Olympic Games next winter. This step is very important for China. After all, he will declare them to the entire world community about leadership in the adoption of CBDC. It will also report to its citizens about great successes in the financial sector. By the way, on July 1, China celebrated the 100th anniversary of its Communist Party on a grand scale. This year, God himself ordered to overcome all cryptocurrencies and sweep them out of the country, leaving an untapped field for the digital yuan.

It should be noted that such news in the long term will not be able to cause the price to fall. A holy place is never empty. Some miners are gone – others will take their place. And even the prohibition of crypt in one single country in the long term is not able to stop the crypt in the world. Different countries have different legislation. It is difficult to imagine a situation when all regions of the world simultaneously decide to ban bitcoin. Somewhere they will be banned, but somewhere they will be left.

Most recently, Elon Musk and Mile Sailor, head of Microstrategy, held a meeting with the leading mining companies in North America. The official goal of the meeting is to negotiate the rules and develop a regulatory framework for Bitcoin mining. And also to encourage miners from other countries to switch to clean electricity to mine BTC, which would not harm the environment. As a result of the meeting, it was decided to organize a Bitcoin Mining Council. He will work in this direction. By a strange coincidence, this decision was made shortly after the news about the ban on mining by the Chinese authorities – on May 24th.

Any knowledgeable person Sailor and Musk will immediately understand them in conspiracy to influence the price of bitcoin and manipulate the market. Sailor, being the CEO of a company with huge reserves of BTC, is directly interested in the rise in the price of the cryptocurrency. And Musk received the unofficial title of “Master of Twitter and Master of Cryptocurrencies.” These people hardly care so much about the environment, and the real goals of the Council are very different from those declared.

Most recently, the Mining Council launched its first info-intervention. Michael Sailor said that, according to his calculations, about 56% of all miners have now switched to renewable energy sources. In response, he received criticism from the crypto community. Netizens complained that the Mining Board did not take into account the disabled Chinese miners in its report. He also used only a small number of companies in his calculations.

In other words, the Mining Council has already begun its information work in promoting “green” mining and promoting bitcoin to the masses.

It seems to us that we will learn a lot of interesting news about this new organization. In the meantime, we can only build our theories on the topic of the Council.