Home Page > Articles > What is mining?

The entire cryptosphere is strongly associated with the concept of “cryptocurrency”. Cryptocurrency is most often mined as a result of mining, except for stablecoins and centralized currencies. Mining is one of the key concepts in the cryptosphere. In this article, I will analyze what it is, who are miners and what role they play in the life of crypto projects.

Mining is the process of obtaining new crypto coins in the blockchain by performing actions according to strictly defined rules (consensus). Most often, two types of consensus are used in the cryptosphere – Proof of Work (PoW) and Proof of Stake (PoS). 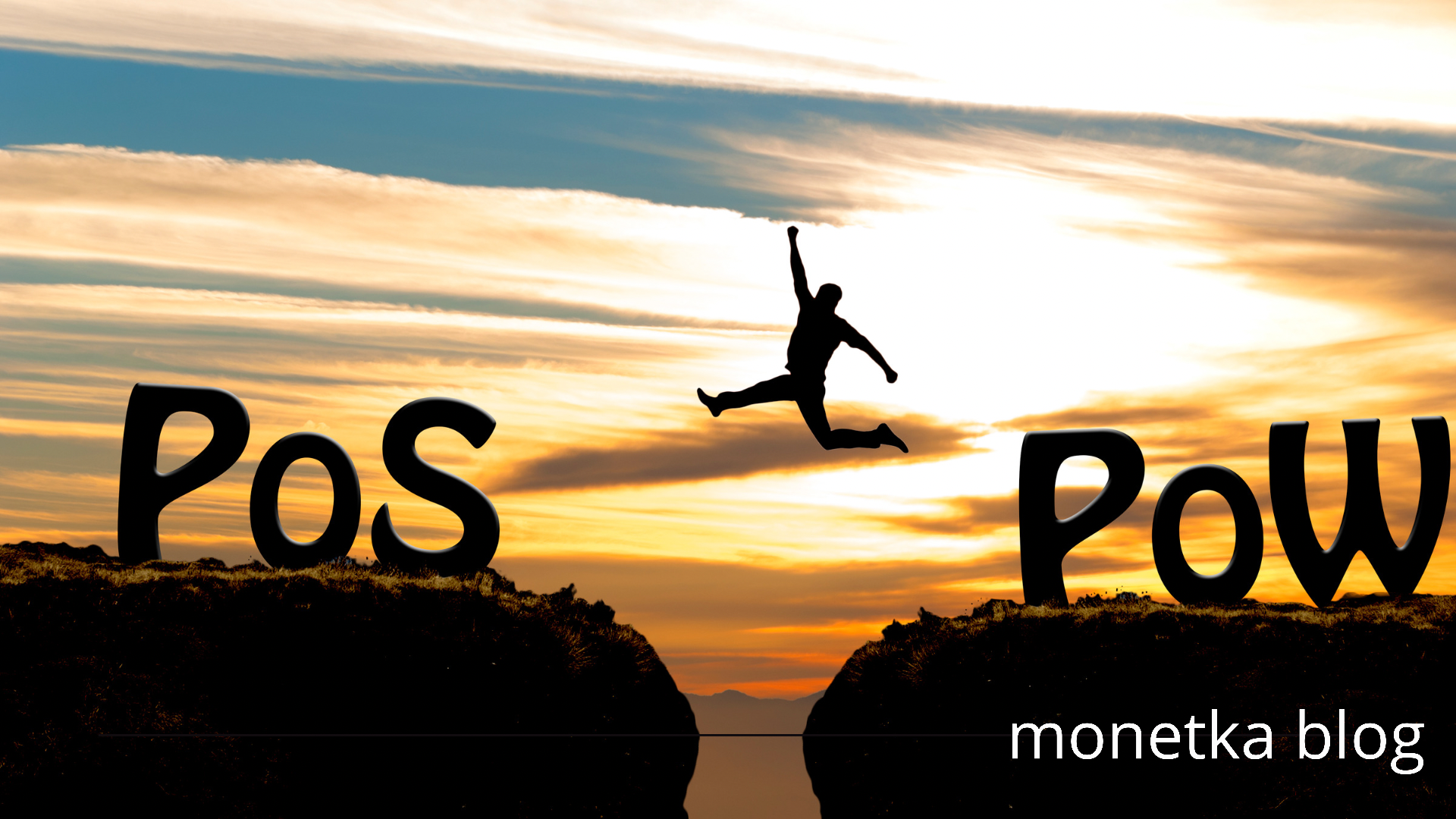 PoW Consensus is the process of making new coins by solving complex mathematical problems with computers. This consensus applies to Bitcoin.

Powerful computers and even special mining farms are used to perform mining. As you know, a blockchain is a chain of blocks, and it takes some computer power to decrypt each block. Decryption is considered successful when the miner finds a hash for the block – a number consisting of letters and numbers. A miner is a network participant who provides the power of his computer to generate new blocks. To find the hash for a block in Bitcoin, you need to check trillions of hashes per second. Therefore, complex and expensive equipment is used. After finding the block, the latter is checked by other miners and written to the end of the chain. Thus, a new block is created in the blockchain. For creating a block, the miner who found a hash for it receives a reward in the form of native blockchain tokens. In Bitcoin, this is, respectively, BTC. On the Bitcoin blockchain, this amount is now 6.25 BTC. Every 4 years, the Bitcoin block reward is halved. In 2024, this amount will be 3.125 BTC. Thus, the emission of coins occurs as a result of mining. Coins that are released for free circulation (for example, on cryptocurrency exchanges) are coins that were once mined by miners.

PoW consensus is often criticized for being undemocratic. Buying a mining farm will cost a lot and consume a lot of energy. Many protocols use ProofStake consensus now. It is considered more acceptable in terms of mining energy costs and environmental impact.

PoS Connsus, or Staking, is a new kind of mining. This is blocking a certain stake of coins on the miner’s balance in order to be able to validate transactions in the blockchain. The probability of getting this opportunity is proportional to the size of the coin balance. Naturally, the miner with the higher balance will have more chances to mine the block. Unlike PoW consensus, there is no reward for block generation in PoS. Miners receive commissions for confirmed transactions.

Such well-known protocols as Symbol, Polkadot, Aave, Compound, BitTorrent, etc. are work on the PoS consensus. Soon they will be accompanied by one of the “mastodons” of the cryptosphere, Ethereum. It will hapeen after the transition to version 2.0. The transition is planned for the summer of 2021, but Ethereum uses the same familiar PoW today.

It should be said that PoS mining is also not a cheap pleasure. For example, in order to start “stealing” the same Ether, you need to launch a node and block no less than 32 ETH in it. And this is about $ 80 thousand at the current exchange rate. Such rules are one of the main aspects of criticism of PoS mining. It is often referred to as “the way rich people get richer.” However, not everything is so sad. There are special services on the network that organize something like a club for ETH owners. They launch a node and stake Ether on the total number of tokens. Staking rewards are paid to participants in the common pot in proportion to the number of coins they have invested in the common pot. It is only important to choose the service carefully so as not to run into scammers. Indeed, with this method of staking, the user transfers his coins to the address of the service and does not have control over them until the very moment the coins are withdrawn from it.

The role of miners in cryptocurrencies

There is an opinion that miners are such rich and greedy people who only dream of how to get their hands on new coins. However, this is not at all the case. The entire cryptocurrency network (blockchain) will immediately stop without miners, and no transactions will be confirmed. It is known that in the Bitcoin blockchain, for example, transactions are “packed” into blocks, and transactions are confirmed only after decrypting several blocks where the transaction is recorded. Naturally, no transactions will be confirmed without creating blocks (and therefore without mining). And the cryptocurrency itself will lose its meaning.

The same thing happens in PoS consensus. Here, it is thanks to the coins blocked in the pools that transactions are confirmed. Without such blocking, without staking, the blockchain will also be stopped.

In other words, miners are the “blood” of the blockchain, its life-giving power. All work of the crypto project will be simply meaningless without miners.

Mining is the only way to create new coins and thus value.

The reliability of the network is also related to miners and consensus. The consensus must be such that it excludes the possibility of hacking. In PoW, this is done due to the complexity of the calculations, in PoS, due to the large number of coins.

Other types of consensus

Besides the most common PoW and PoS, there are other types of blockchain consensus. Here are the most popular ones:

In 2010, Bitcoin could be mined even on ordinary laptops. However, over time, the complexity of mining increased, and home computers began to be in short supply. So-called ASICs (“ASICs” – application-specific integrated circuit, integrated circuits for special purposes) based on GPUs appeared. Such ASIC computers are combined into farms. And farms combined into mining pools, i.e. servers that work as a single member of the network. A miner, even having installed a farm of several computers, has very little chance of getting a block. And, therefore, getting a reward. He joins a mining pool that combines the power of several miners and increases the chances of mining a block. The pool divides the reward for the mined block between the miners based on the computing power each of them possesses (or the number of hashes that the miner checked).

Where is Bitcoin mined?

According to CoinShares, 66% of the world’s Bitcoin mining power comes from China. This is not very good. High concentration of miners in one country negatively affects decentralization. Other major mining centers are Russia (Siberia), USA and Canada. There are few in Europe.

When choosing a place for mining, miners proceed from the cost of electricity in this particular region, as well as climatic conditions. It is beneficial to install trusses where it is cold. This reduces the cost of heat removal equipment.

The PoW consensus regularly receives its share of “nice words” from the crypto community, and this is understandable: it has many shortcomings.

First, mining on this consensus requires large capital expenditures. Not everyone can afford to buy computers for 6 thousand dollars and make a farm out of them. This is completely undemocratic and not at all in the spirit of “free and independent cryptocurrencies.”

Secondly, such mining is just an energy eater. And when you consider that most of China’s power plants run on coal, doubts begin to prevail as to whether these bitcoins are really needed. For their sake, you need to burn thousands of tons of coal and send the smoke from its combustion on a free journey through the Earth’s atmosphere.

Nowadays Bitcoin uses more energy than some individual countries, and more than half a million people in Canada. This is not very good, and the “greens” are sounding the alarm in many countries and advocating a ban on the first cryptocurrency.

Third, the PoW principle has led to the fact that most of the mining power is now in China. This is a disturbing fact, and that’s why. When one of the countries gets the palm in cryptocurrency mining, it begins to control it. After all, the same nowadays China is mining bitcoins more than anyone else. It means that tokens remain in this country, which in the future can manipulate the bitcoin rate. Any malfunction or problem with mining in one country leads to a dramatic decrease in productivity. And this also affects the rate and confidence in the cryptocurrency. As mentioned above, in April 2021, something similar happened in China. Due to accidents at coal mines, power plants in one of the provinces of the country stopped. The workers were forced to cut off the power supply to the mining farms. Those, in turn, stopped work. The performance dropped, and after that the price of bitcoin also went down. Yes, after a few days everything was restored, but no one forgot it.

Mining is an integral part of the cryptosphere, and miners are one of its main players. Apparently, in the near future we will see a transition from the PoW consensus in mining (perhaps only Bitcoin will remain) to PoS and other consensus. They are more environmentally friendly, do not require such powerful and expensive hardware to operate, and can be deployed faster by the community.