Home Page > Articles > What is blockchain?

The entire cryptoindustry is associated with the concept of blockchain. Protocols are built on it, all transactions take place in it, accounting for smart contracts, etc. It is impossible to get a holistic picture of the cryptosphere without understanding the blockchain. In this article, I will explain what blockchain is and why it became the basis of the entire crypto industry. 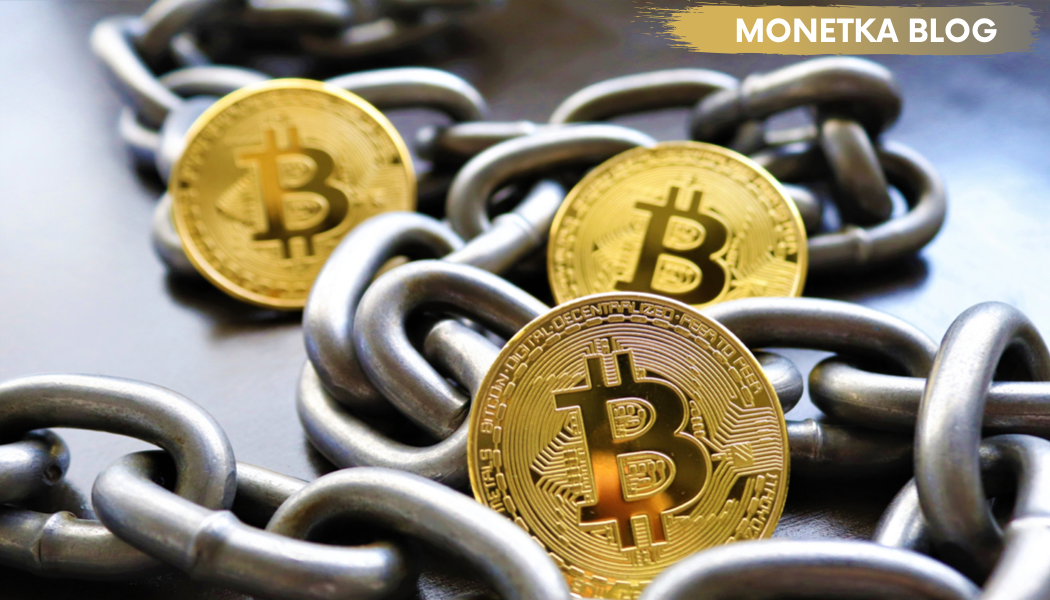 Blockchain is a distributed database that anyone can access. The blockchain is also called a “distributed ledger” because it lacks any centralized authority or regulator that can dispose of it at its discretion and make changes to its work.

Difference of blockchain from classical databases

The classic database is stored on special servers and is managed by a specific person or company. Hacking this server will compromise the entire database, which is highly unreliable. Blockchain is stored on many computers and is not controlled by any organization or individual. Therefore, hacking some part of computers storing a copy of the blockchain will not lead to hacking of the entire chain, since other copies will remain. And even disconnecting some computers from the network will not affect the operation of the blockchain, because other computers will remain and continue to serve the chain.

How does blockchain work?

Blockchain is a record of any data. Moreover, data can be anything you want – from money transfers to text documents or copies of software. In order for the data to be recorded in the chain, they must be authenticated, that is, verified. In Bitcoin, for example, after placing a transaction in a block, this block is decrypted by one miner, verified by other miners, and placed at the end of the chain. A miner is a member of the Bitcoin network. He provides his computer for verification and data storage purposes. Once information is written to the blockchain, it remains there forever, or at least as long as at least one copy of the blockchain exists.

Thus, the blockchain is almost eternal data storage, because, unlike a centralized storage, it is located on many computers at once and continuously copied by all network participants. This means that it can be used to “pull out” any information recorded in it, regardless of the age of the data. For example, now anyone can look at a block in the Bitcoin blockchain created in 2010, learn about a transaction from 2012, etc.

As I said above, the blockchain allows you to maintain a large register of data in various fields of activity. In fact, it is a thing that “remembers everything.”

The applications are endless. It can be monetary transactions, operations on stock exchanges, accounting and storage of information about the registration of transactions, production cycles, etc.

With the help of blockchain, you can track the path of goods from production to the counter, keep track of vehicles, analyze road traffic, analyze money transactions and much, much more!

Theoretically, the blockchain can even record a person’s entire life, all his actions and actions (if we abstract from the ethical side of the issue) and be able to always know what a person has been doing in the past on a specific day and even at a specific minute.

Why is blockchain hard to crack?

Each block refers to the previous block and contains information about it. For example, block №1000 refers to block №999, which, in turn, refers to block # 998, and so on. That is, if the blockchain is somehow hacked and block №999 is replaced in it, this block will not pass validation and will not be included in the chain, since it has no connection with block №998. This means that in order to break block no №999, you must first crack block no №998, and this can be done only by compromising block no №997, and so on until the very beginning of the chain. Moreover, you need to do this in all copies of the blockchain.

51% attack is a type of attack on the blockchain in which the attacker gains an advantage in computing power. This is a type of fraud in which a fraudster takes over 51% of the power of all miners and takes control of transaction confirmation and block generation.

Having thus obtained control over the blockchain, an attacker can:

However, it is not so easy to carry out such an attack – for this you need to have enormous power resources. In addition, the electrical power an attacker would need to attack costs a lot of money. All this leads to an extremely high cost of the attack. According to a 2019 study from the 51crypto service, in order to carry out such an attack, a fraudster would have to spend $ 486 thousand. In hour! Thus, it turns out that, having such colossal resources, it is much more profitable for a fraudster to join the legitimate mining process and earn bitcoins from mining blocks than to organize an attack with a dubious result.

Where is the blockchain stored?

It is stored on all network nodes. Nodes (miners’ computers) that transmit information about transactions and blocks. The rest of the nodes simply connect to the nodes and update the information about the blockchain. Anyone can download the blockchain, for this you only need hard disk space. For example, the Bitcoin blockchain as of April 2021 “weighs” about 300 GB. This is not so much when you consider that the full version of Ethereum is currently over 5 TB.

Is it possible to stop the work of the blockchain with prohibitive measures?

The blockchain, like the entire cryptosphere, is a unique phenomenon in the world, and there were no analogues to it before. Blockchain technology can be used in various spheres of human life, and its value is understood in many countries. Thus, blockchain technology is very often a non-national phenomenon. It does not obey laws and exists only because of the benefits that it brings to people.

But let’s ask the question of how, in theory, the blockchain can be stopped by regulatory barriers and prohibitions. Imagine a government in a country that wants to ban blockchain operations. In the case of a local blockchain that operates on the territory of this country, everything is clear: it will not be difficult to stop such a chain of blocks there. But how can you do the same internationally? And here it is already necessary to negotiate with other countries, which is extremely unlikely. Governments, even within their own country, cannot always agree. What is there to say about international relations. Thus, even if mining farms are prohibited in some country, the international blockchain (such as Bitcoin, Ethereum, etc.) will continue to work.

What can affect how the blockchain works?

More recently, from April 17 to April 20, 2021, an imitation of miners being disconnected from the Bitcoin network was unwittingly carried out. In China, there was an accident at several coal mines, and, as you know, most of the electricity in this country is produced in coal power plants. As a result, some Bitcoin mining farms have been shut down. This, in turn, gave a load on the network, reduced the number of operations that can be processed per second. Which led to an increase in the time to create one block and an increase in commissions. The size of commissions reached $ 60, and the coin itself sagged a lot, falling from $ 62 thousand to $ 51 thousand apiece.

However, nothing terrible happened. Yes, the price fell for a while, but after a couple of days it recovered to its previous value, as did the bitcoin price.

We dare to assume that if (theoretically) these disconnected farms never started working in the future, others would come in their place, because a holy place is never empty.

To some extent, the blockchain can be compared to a hydra. Cut off one head, and others will grow in its place. In other words, as long as the community and people see meaning in the blockchain, it will work, and the government will not order it.

Blockchain technology has tremendous opportunities that can be used both for good and against humans. Let’s hope that the incipient cryptocurrency will bring us only good, and in a few years we will meet a bright and sunny crypto day.