Home Page > Articles > Should you invest in Dogecoin (DOGE) now?

Should you invest in Dogecoin (DOGE) now?

Since the beginning of the year, Dogecoin cryptocurrency has grown from $ 0.004 to $ 0.42 apiece, i.e. has risen in price 10500 times. The coin, fueled by Elon Musk’s tweets and the crowd effect, has already made many people millionaires. Although critics say that there is nothing behind it, and soon Doge “will fall into the Mariana Trench instead of flying to the moon.” In the wake of the hype, the coin burst into the TOP-10 of cryptocurrencies and confidently holds its place in the TOP. In my article I will tell you what are the reasons for the popularity of Doge and what attracts investors to the coin.

Doge is not a newcomer to the crypto market at all. The coin was created 1.5 years before Ethereum (Eth), in 2013, and long before many other altcoins. The authors of the project are Jackson Palmer of Adobe Systems and programmer Billy Markus.

The token was created as a parody of bitcoin and other crypto. Initially, Doge did not have any deep meanings, something technically interesting and revolutionary. It was a simple coin. The creators wanted to show the community with their initiative that investing huge amounts of money in such a dubious event as cryptocurrencies is a very controversial matter. Now it would be interesting to look at those people who, along with Palmer and Marcus in 2013, laughed at the whole crypto and bitcoin in particular. There are fewer reasons to laugh.

The word Doge was chosen as the name. This is a popular then Internet meme. It has an image of a Shiba Inu dog and a text on it, according to which the dog seems to be conducting an internal monologue. 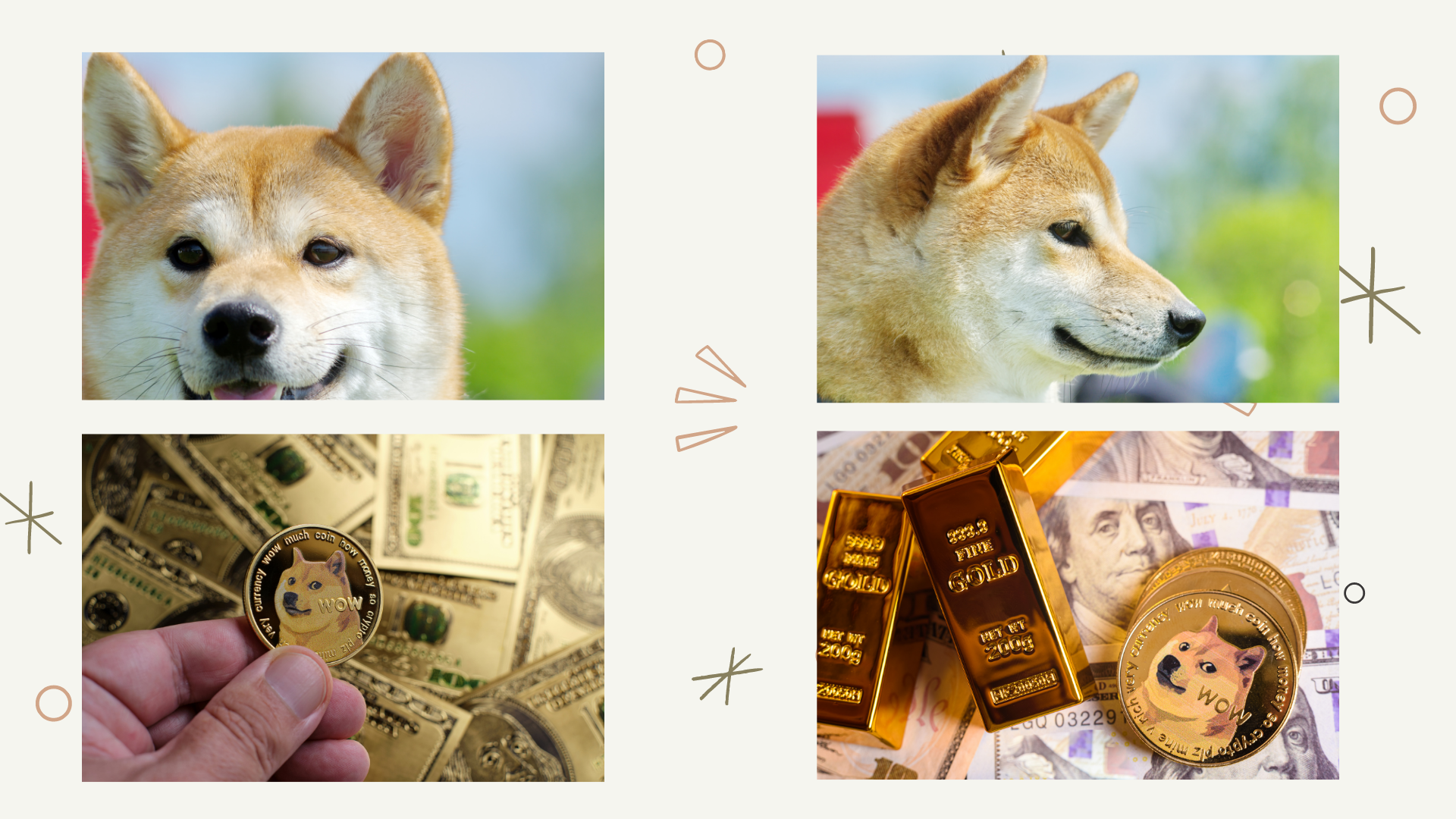 In November 2013, Palmer urged on his Twitter to invest in Dogecoin and called the coin “serious stuff.” On December 6 of the same year, the first block (genesis) was created, and at the beginning of 2014, Dogecoin began to be traded on exchanges.

Dogecoin uses the same Proof of Work consensus PoW as Litecoin and Bitcoin. The Dogecoin blockchain is designed in such a way that new Doge coins can be mined alongside LTC in what is known as merged mining.

Dogecoin does not have a limit on the number of coins issued. Initially, the limit was set at 100 billion DOGE. But in February 2014, Palmer announced that the cap would be lifted and there would be no emission cap. For the creation of a block, a fixed fee of 10 thousand DOGE is provided. The residence time of one block is 1 minute.

There are currently nearly 130 billion DOGE coins in circulation. The token itself occupies the ninth line in the list of capitalization with an indicator of $ 54.2 billion.

Dogecoin was born as a project “to spite everyone” on the one hand and “about nothing” on the other. The creators did not want to make a revolutionary phenomenon out of the project and the coin. Nevertheless, the crowd effect and general hype around the coin are doing their job, and the coin is becoming more expensive.

The Dogecoin community created the Dogecoin Foundation to do charity work. He helped cope with the consequences of environmental disasters, raised money for a water supply project in Kenya. They also helped the Jamaica national bobsleigh team raise $ 50,000 for a trip to the Olympic Games in Sochi. Now the charitable activities of the foundation have died down, and news from it in the crypto space is inaudible.

What is the reason for the growth of Dogecoin

If you ask experienced investors and stock market players about the reasons for the growth of the coin, they will answer: “There are no objective reasons.” And they will be right, because there is nothing that makes DOGE valuable from a fundamental point of view. However, this does not stop Elon Musk and the entire Dogecoin community, who continue to believe in their beloved “dog” and invest in it.

In the English-speaking environment there is an expression that accurately characterizes the current situation with DOGE – “numba go up” (number go up). It is used to describe a market that “grew, grows and will continue to grow.” If you ask an ordinary user why he bought DOGE, he will answer “because the coin is growing in value.” He will not bother looking for the fundamental reasons for growth.

However, there is another player in the crypto industry who is regularly pumping up the price of DOGE. He makes it break through the next resistance levels. And this is Elon Musk.

As a holder of DOGE tokens, Musk regularly writes about the token in his Twitter account. For example, in April 2019, he wrote that “Doge is a cool coin.” This year, the “iron man of our time” promised to launch the Doge-1 satellite to the moon. And its launch will be fully paid for by Dogecoin. The token was not long in coming and grew in value. Musk also called himself Dogefather (by analogy with Godfather – “godfather”). And yes, the token price has gone up again.

Every positive tweet from Musk is accompanied by an increase in the price of DOGE.

Pump DOGE and other famous figures of the cryptosphere. So, Mark Cuban considered the inevitable growth of the coin rate to $ 1. And he is not confused by the limited emission of the token. And Anthony Scaramucci, SkyBridge asset manager, did not rule out that Dogecoin will become the second reserve cryptocurrency after Bitcoin.

In general, when establishing the reasons for the growth of DOGE, one should talk about the general state of the cryptosphere and the mood of the minds of crypto investors. Crypto is characterized by two main qualities:

The youth of the market leads to interest and hype from the community. It is interesting for those who do not want to understand difficult moments. And such people just want to “make money fast” on a new phenomenon, without going into technical details.

On the other hand, the technical side of crypto takes a long time to learn. You need to understand the basic value of a project. Not everyone wants to spend time and effort on training, when you can simply ask in the TG chat where to invest, get a “recommendation” and buy DOGE. And “Elon Musk and the gravity of the moon will help us.”

Despite the rapid growth in popularity of DOGE, this token still has very weak performance in comparison with bitcoin. DOGE is less accepted by the crypto community than BTC. Dogecoin has fewer custodian services. These are the vaults that store the coin on behalf of the users). It is traded on fewer exchanges and has underdeveloped lending services and mature cryptocurrency infrastructure.

DOGE has 3.6 million addresses with a non-zero balance, while BTC has 35 million. This suggests that DOGE is now on everyone’s lips. But the emission volume is concentrated in a small number of people.

In addition, DOGE is less evenly distributed across addresses than BTC. The share of wallets with large balances is noticeably higher than that of Bitcoin.

Distribution of the supply of bitcoin and DOGE in different categories of addresses.

This means that most of the DOGE emission is concentrated in a small number of large coin holders.

The general mood of investors suggests that the future of DOGE will depend on the degree of acceptance of the coin by the community, its pumping by famous personalities (like Musk) and positive news. For example, advertisements by companies to accept DOGE as payment for their services or products. I think that the coin may well reach the price of $ 1, but further growth will depend entirely on the perception of the token by the society. 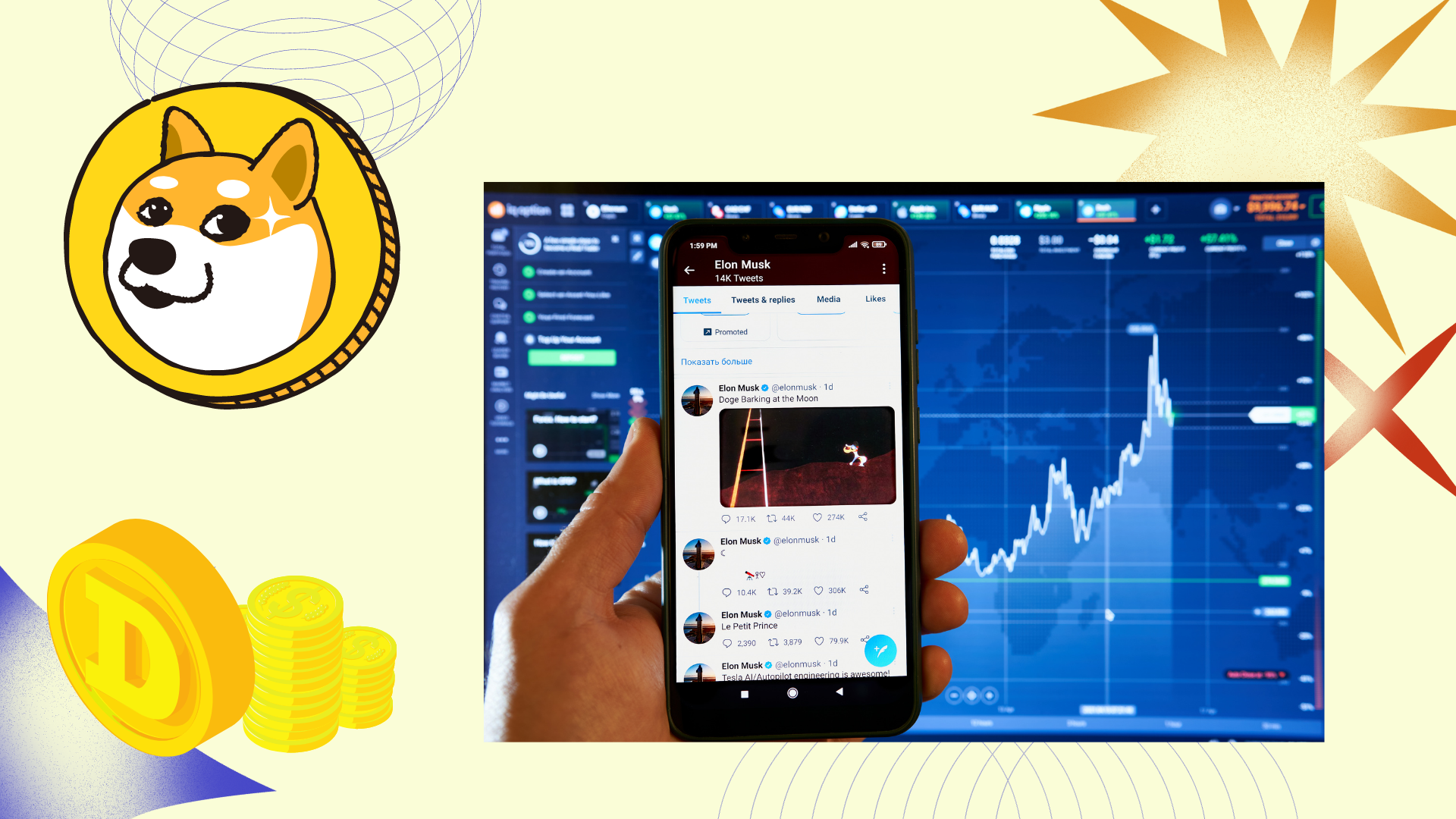 With all the reputation of the meme, DOGE has already shown its strength, contrary to the opinions of many experts about its “uselessness”. In the future, along with the general growth of the crypto market, the token may rise in price even more. After all, it is promoted by Elon Musk himself. Ultimately, everything will be decided by the opinion of the general public, which is not indifferent to the statements of famous personalities.