Home Page > Articles > When will the world reserve currency change?

When will the world reserve currency change?

I found an interesting chart. It displays the cycles of every major reserve currency in the world. And it looks like it is about 80 – 100 years, more likely even 100 – 110 years. The dollar replaced the pound sterling as the main currency of the world in the period after World War 1, and especially after World War 2. Therefore, we can conclude that it is possible to prepare for a change in the main reserve currency? So not like that. 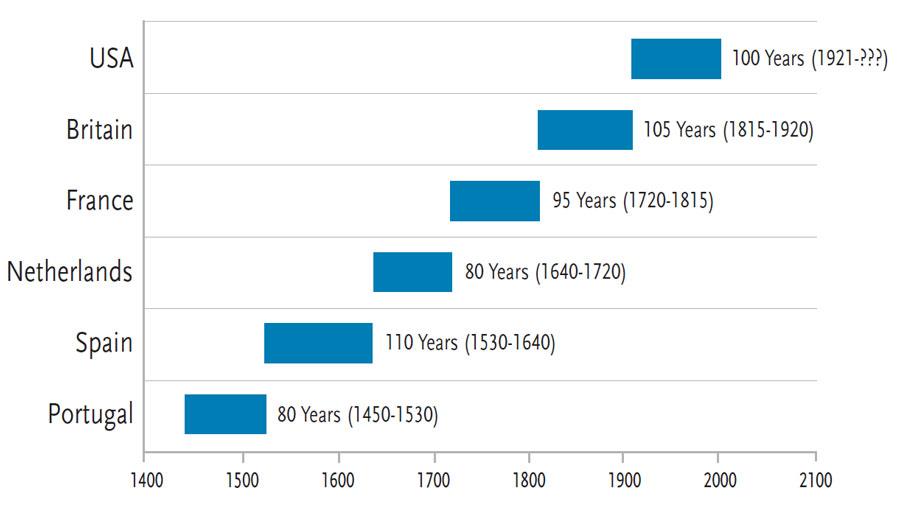 The fact is that if we carefully look at this chart and remember what happened at the moments of the change of one reserve currency to another, it turns out that this did not happen by itself. This was always accompanied by the extinction of the state of the issuer of the currency, the war and its ruin. And the next reserve currency in the world was chosen by the one whose country won as a result of this war. The country that became stronger, and that is why its money began to be in demand. 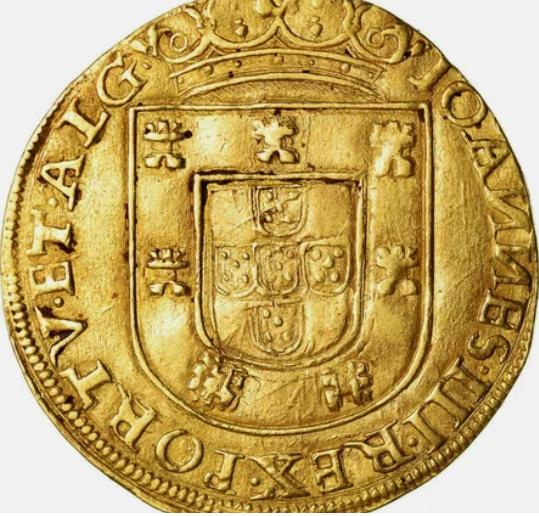 But then came the 16th century and Portugal was replaced by Spain. The first mints are just appearing in Moscow. And Spain practically conquers the weakened Portugal and Spanish escudos come to the place of the Portuguese real. The era of Spanish rule in the western part of Europe begins, and the spread of Spanish money. What happened for the escudo to replace the real as the main reserve currency? The war and the weakness of the state of Portugal as a result of this war.

The golden age of Spain in Spanish Siglo de Oro is the greatest cultural upsurge in the history of Spain. It is occurred just in the 16th and the first half of the 17th century. It was at this point that Spain became the strongest power in Europe and its money, respectively, the main reserve currency. The minting of gold escudos quickly made Spanish money the most desirable and popular means of payment and accumulation in Western Europe, and then in South America. During its Siglo de Oro, the Spanish Empire included the Netherlands, Luxembourg, Belgium, a large part of Italy, lands in Germany and France, colonies in Africa, Asia and Oceania, as well as large territories in North and South America. In the 17th century, Spain controlled an empire of such magnitude, and its parts were so far removed from each other, which no one could achieve before.

But then what? 100 years pass and Spain falls into decay. A series of wars, the dissolution of the Portuguese-Spanish Union, the war with France, the independence of the Netherlands and territories far from the Spanish metropolis. This leads to the fact that its currency begins to lose popularity and is replaced by the Dutch guilders. What happened to make this possible? The war and the weakness of Spain – the change of the reserve currency does not happen by itself.

The golden age of Holland begins. During this time, the supply of cheap energy from windmills and peat flourished in trade, industry, art and science in the Netherlands. In the 17th century, the Dutch – capable navigators and enthusiastic cartographers – began to trade with the Far East. And as the century passed, they took the dominant position in world trade, which had previously been occupied by the Portuguese and Spaniards. Naturally, they brought their money with them, which quickly became the world’s reserve currency. 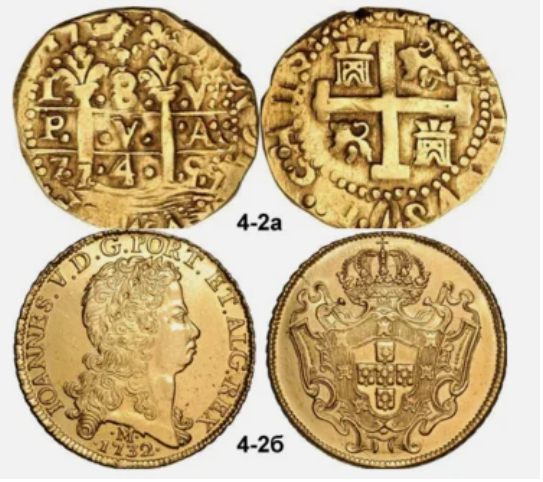 And what happens next? That’s right – the decline of Holland, the war at the end of the 17th century led to the decline of the country. The military conflict between Holland and France led to the fact that Dutch money was replaced by French louis and livres. the golden age of France begins. It also lasts approximately 100 years, culminating in Napoleon’s empire and its collapse as a result of the Napoleonic Wars. War again – again weakness and almost collapse of the state, loss of territorial acquisitions. And it is this and nothing else that leads to the replacement of one currency by another. It’s the same cycle every time. The emergence of a new candidate for the role of the issuer of the main reserve currency, the growth of the power of this state, which starts a new war for the redivision of the world or is drawn into such a war, wins it and, as a result, it becomes the leading world power. 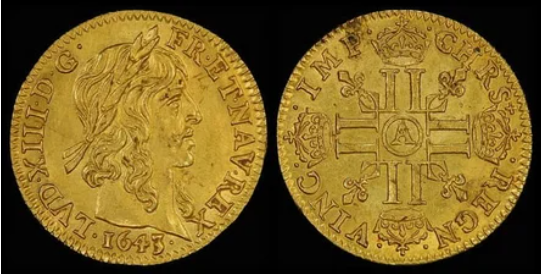 Who becomes the issuer of the new reserve currency? That’s right – a country that received all the preferences of the previous country with a reserve currency. This is Great Britain and its pound of sterling. Why did it happen? Because, unlike Tsarist Russia, England was able to make the most of the defeat of Napoleon and that is why their money became the world’s currency. 19 – and the beginning of the 20 century – the time of the maximum flowering of all English. Even in tsarist Russia, English money circulated and could be easily exchanged for rubles. And all this continued until the new period of wars. As a result, the sterling pound was replaced by the dollar as the reserve currency. 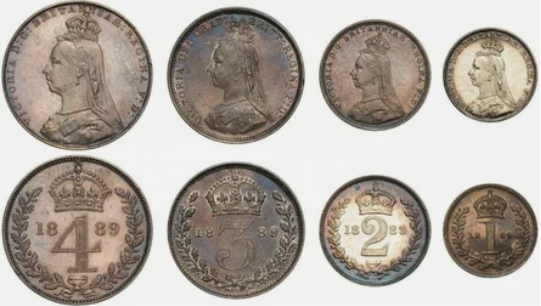 No, England was not defeated in the war with Germany in either 1 or 2 world wars. But Britain has definitely weakened economically and politically, which means that its currency has become less popular. Everything is simple. Two world wars 25 years apart, which country can stand it? A sharp rise in the United States was inevitable after the First World War, and only after the Second World War it became obvious. 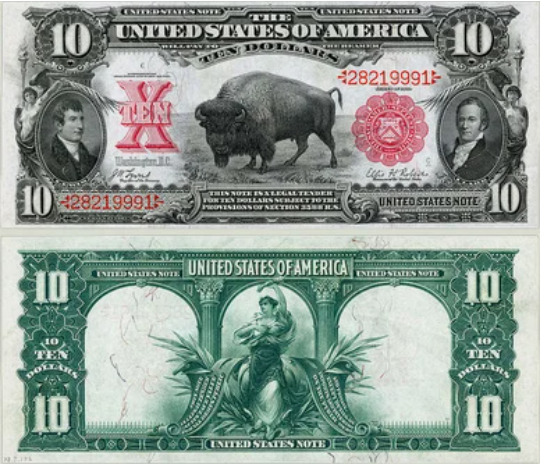 Summing up, it is worth saying. Now the main reserve currency in the world is the dollar. No matter how many different individuals tell you, no matter how much they wait for the collapse of the dollar as a world currency, without two conditions this will never happen. These conditions are war. And as a result of the great war, the weakening of the economic and political state of the issuer of the reserve currency. Shortly speaking. No euro, bitcoin or yuan will become the new reserve currency until:

These are necessary and sufficient conditions for the emergence of a new reserve currency. In my opinion, nothing else can change the existing order of things.