For the Ripple token, as well as for the entire company, the end of 2020 cannot be called successful: the whole story with claims from the SEC managed to get on the nerves of both the company and XRP holders. The XRP price in December 2020 fell to $ 0.2, but at the end of May 2021, against the background of the development of the situation with the SEC, the token rose to $ 0.9 (and in April it showed a value of $ 1.8). Now the token is trading at $ 0.86 and is in the TOP 10 cryptocurrencies (June 2021). If Ripple continues to successfully repel attacks from the SEC, the token has every chance to grow to $ 2 and even (in the future) to $ 3.

In this article, we will try to figure out what are the reasons for the claims to the project by the SEC and whether it is worth considering investing in XRP as a promising investment. 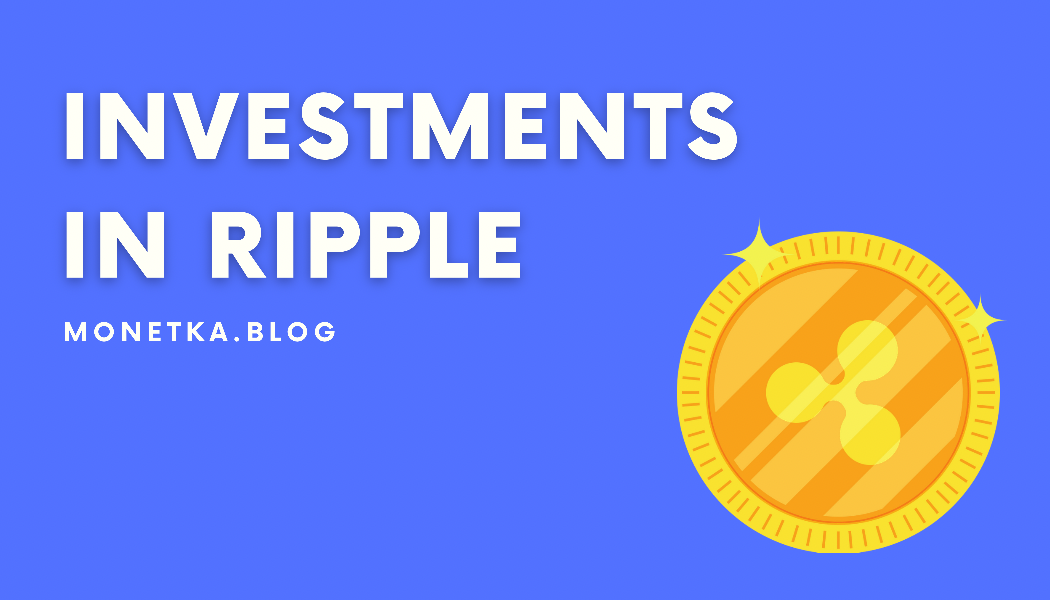 The project began back in 2004, when programmer Ryan Fugger began work on the RipplePay payment system. Its first version appeared back in 2005, and the company was doing well. Then its future director Chris Larsen joined Ripple. A year later, the company rebranded and was renamed Ripple Labs. The idea of ​​making the project an analogue of SWIFT belonged to Larsen. And in 2011, the project began to develop as a network of fast payments. It is worth noting that such a concept was at that time extremely successful and was in demand by institutional clients, primarily banks. This is how Ripple gained popularity, which was especially strong in 2017.

The essence of Ripple’s idea can be explained with one simple example: suppose a person from Canada wants to send a transfer to India. With the help of Ripple, he sends his Canadian dollars, and the Indian gets the money already in rupees. In other words, XRP acts as an exchange token or medium of exchange. Indeed, at that time the idea was revolutionary.

All XRP tokens were issued immediately, in the amount of 100 million pieces. Of these, 45 billion XRP is in free circulation, and 55 billion are owned by the company itself and are in escrow accounts.

XRP prices peaked in late 2017 and early 2018, when the coin peaked to $ 2.78. It is worth noting that at that time XRP was among the top three cryptoassets in terms of capitalization, along with bitcoin and ether. Many investors, including the author of this article, got acquainted with cryptocurrencies precisely thanks to these three. And at that time, Ripple was strongly associated with the entire crypto industry as a whole.

The SEC has come to grips with Ripple Labs. The essence of the regulator’s claims is that the company has attracted investments for 7 years using securities that have not passed registration. The SEC believes that if tokens cannot be used for transfers within the banking system, they fit the definition of securities more than cryptocurrencies. This argument sounds very strange. And we have to wait for the end of this story.

The company itself, of course, denies all accusations, and it can be understood. XRP tokens are just a means of making payments. They act as a kind of avatars when converting one currency, first into XRP, and then XRP into the transfer currency. Tokens do not give the right to manage the company, voting rights and the right to share the company in the proceeds. Their price is determined only by the market, namely, by the need for tokens on the part of institutional clients to make payments.

It is worth making a small digression and talking about the support and demand for XRP. Since the network was originally focused on financial institutions and remittances, Ripple’s main clients are large banks. Moreover, it so happened that most of them are Japanese. And the largest is Mitsubishi UFJ Financial Group with an asset value of over $ 2.5 trillion. Ripple partners with HSBC Holdings PLC, Bank of America and Crédit Agricole. They can also be called the financial mastodons of their countries. And recently it became known that Ripple acquired 40% of the shares of the Asian company Tranglo, which specializes in cross-border payments. This suggests that Ripple is not going to leave the Asian markets and stop its activities. The company’s management has plans to continue working.

However, the SEC’s claim did not go unnoticed by other companies and exchanges. Many of them were quick to disown Ripple and its XRP token. 21Shares has excluded XRP from the list of traded assets. Grayscale Investments sold its XRP stake and removed the token from the Digital Large Cap Fund trust. And eToro, Binanse US, Coinbase, OKCoin, B2C2 and Bitstamp have suspended XRP trading. The situation is unpleasant, but not deplorable.

In early April, Ripple began to struggle successfully. The company has filed a petition with the court regarding access to SEC documents. It reveals the SEC’s relationship to Bitcoin and Ethereum. The court granted this request. Perhaps, based on the analysis of the SEC’s perception of Bitcoin and Ethereum, Ripple will be able to prove something.

The company moves on. Most recently, she filed a petition in court to oblige the SEC to investigate the activities of several cryptocurrency exchanges. Namely Bitfinex, Bitforex, Bithumb, Bitlish, BitMart, AscendEX (formerly Bitmax), Bitrue Singapore, Bitstamp, Coinbene, HitBTC, Huobi Global, Korbit, OKEx, Upbit Singapore, and ZB Network Technology. With this move, the company wants to show that XRP sales took place on foreign exchanges. This means that they did not fall under the jurisdiction of the SEC. That is, if Ripple proves this, the SEC will have fewer advantages, which means that the company will have more chances of winning in court.

The fate of XRP will depend on several factors. The outcome of the case with the SEC, the strengthening of business in Asian markets, the emergence of competitors to Ripple in the face of other payment systems and the modernization of existing ones. The last factor should be discussed in more detail.

Ripple was conceived as a network of instant cross-border international transfers. And in this sense, it could become a replacement for the SWIFT bank transfer system. At the time the network began functioning in 2011, Ripple really had no competitors in this regard. However, then everything changed. In early December last year, SWIFT introduced the gpi instant bank transfer service. With its help, you can make money cross-border transfers instantly, 24/7. And here Ripple has to share the status of an innovative payment system with another development.

More than 11 large financial institutions around the world have been working with SWIFT for a long time. They are unlikely to mind the instant payment service. Given the degree of loyalty that SWIFT enjoys from banks, it will be difficult for Ripple to compete with it. And the name and time-tested reliability will play into the hands of SWIFT.

Now it’s 2021, not 2017, when there was a powerful crypto-hype. And a user from cryptocurrencies knew a maximum of 10 names. Today there are many blockchains with their native tokens. Payments can be made quickly and with minimal fees. In such conditions, an ordinary investor has a wide choice of investments. Therefore, the future growth of Ripple will depend more on the value that it carries in itself. And also on the outcome of the case with the SEC. If the tokens are still not recognized as securities, Ripple may “rise from the ashes” and remember the old days. If the SEC wins the dispute, Asia will remain the company’s main market. And this will be a great loss for the company.

The cryptosphere is now filled with a ton of new projects, coins and tokens. There is plenty to choose from, and many assets will make x10 – x100 in a few years. The investor has a wide choice. And we still have to fight for his attention.

On the other hand, the events of April and May 2021 showed how young the crypto market is. One tweet by Elon Musk can easily move the markets 30% in one direction or the other. This means that the awareness of the value and possibilities of cryptocurrencies has not yet reached the broad masses. Against this background, the victory of Ripple over the SEC may give the company the opportunity to “knock itself on the chest with a fist” and declare itself to the entire Internet as a promising project and a valuable token. XRP price will not keep you waiting.

In April, it became known that the head of Ripple, Brad Garlinghouse, allowed the company’s IPO if the litigation with the SEC ended successfully for the company. Against this background, the XRP price rose to $ 1.54. That is, the company not only did not go into deep defensiveness under the pressure of the SEC, but also hatches plans for development!

Another factor that will affect the price of XRP is the project’s status as a medium for instant funds transfers in banks. So far, no one else has occupied this niche. Chainlink can provide work between traditional banks and the cryptosphere. However, it cannot work directly with fiat currencies. It seems that Ripple has a chance to regain lost ground, especially in the absence of CBDC (Central Bank Digital Currency).

Central bank digital money (CBDC) is an opportunity for global central banks to make their own fully controlled register of transactions and money supply. CBDC will allow you to carry out transactions without the participation of banks, and instantly. At the same time, it will be possible to instantly make payments in any currencies, and then Ripple may have difficult times. In the meantime, the company has a certain amount of time to offer other technological solutions within its ecosystem in order to strengthen its position.

Given the current value of XRP (around $ 1) and the potential for the coin to rise to all-time highs (near $ 3), one can hope to see good returns in the long term. However, given the current situation and uncertainty, I would not recommend investing in Ripple more than 5% of your capital.