Home Page > Articles > What is WEB 3.0 and how does it relate to blockchain, DAO and Metaverse

What is WEB 3.0 and how does it relate to blockchain, DAO and Metaverse

There is no single correct and approved definition of the concept of Web3 on the Internet, or as we say – Web 3.0. Therefore, in order to understand what it is, we first analyze what Web 1.0 and Web 2.0 are. 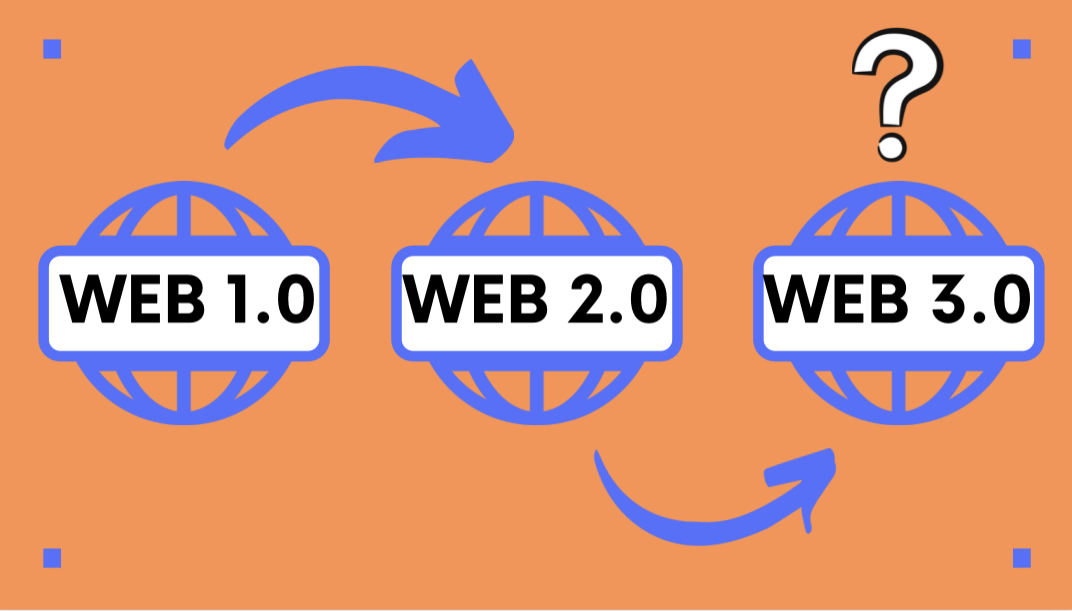 There was no authorization, logins and signups, no editing by users. No user interaction with the pages other than reading. And most importantly, everything was created, stored and published centrally by the site owners. Therefore, you could only receive what they decide to give you. 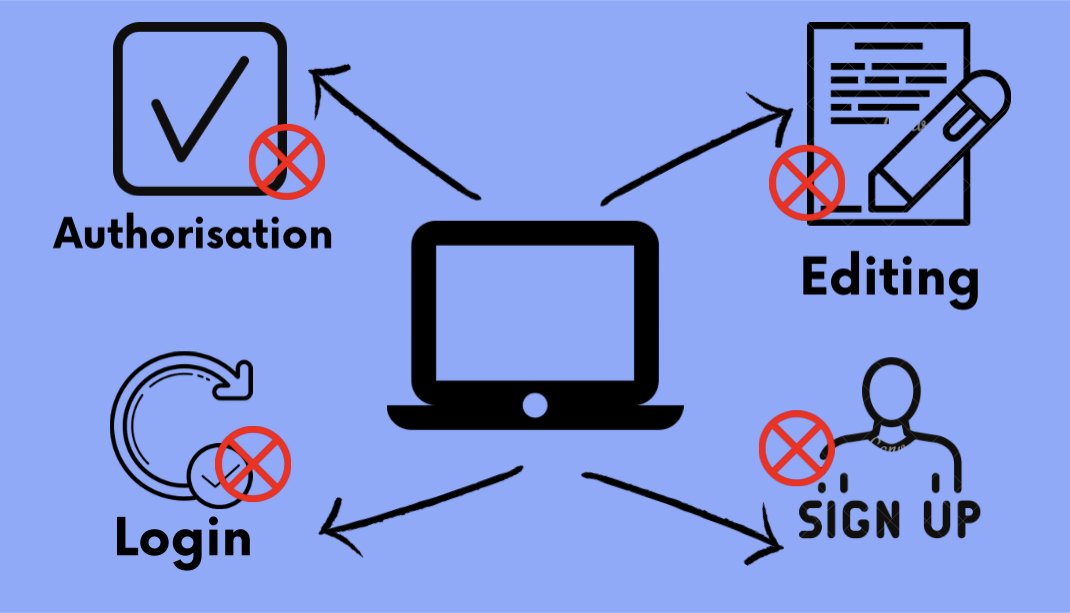 A huge storage of data linked to each other, and users are consumers of content.

This can be compared to a large library where you come and have the opportunity to read only those books that are there. No interaction, READ-ONLY.

There were exceptions, though. For example, Amazon.com has allowed users to write reviews and guides since its inception in 1995.

The concept of Web 2.0 is commonly associated with Tim O’Reilly’s September 30, 2005 “What is Web 2.0” article. In this article, Tim O’Reilly linked the emergence of a large number of sites, united by some common principles, with the general trend of the development of the Internet community, and called this phenomenon Web 2.0, as opposed to the “old” Web 1.0. But, as with Web 1.0, there is still no single, approved definition of Web 2.0. 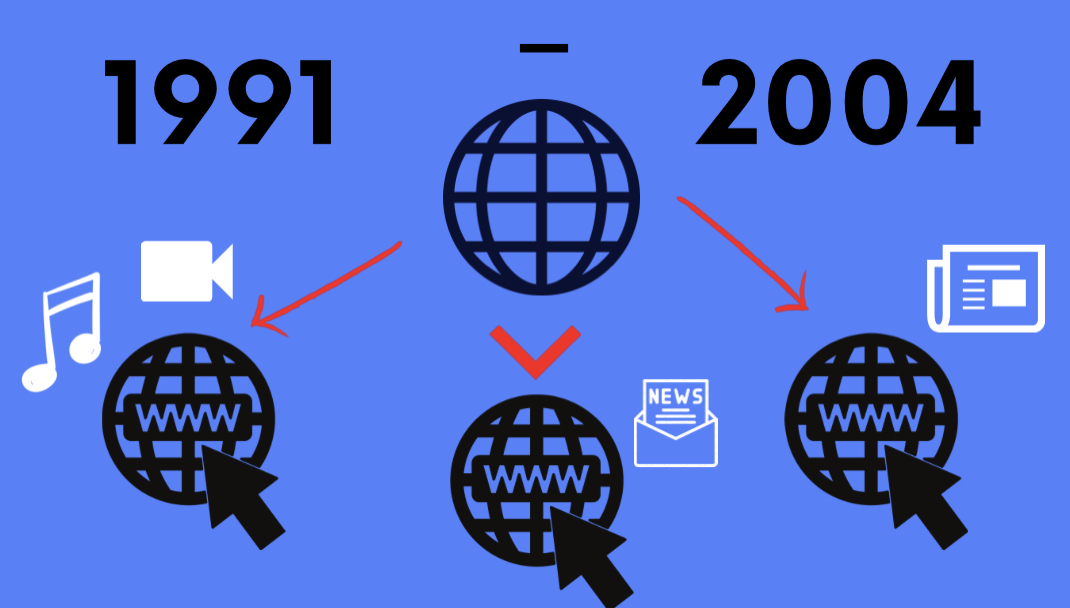 Web 2.0 can be called the era of targeted advertising and lack of privacy.

One of the main differences in Web 2.0 has been the emergence of social media. Social networks made it possible to post content not only to webmasters and site owners, but also to ordinary network users. We started using Facebook, YouTube, writing posts and uploading photos, and making millions of searches on Google. We share personal information with a large number of sites. We register accounts, enter our card details, make purchases.

Resource owners collect this information about us and use it in order to show us the content that we are interested in. They need us to be interested and we stay longer on their platforms, and they earn more on us. Then they thought they could not only collect this data, but sell it to advertising companies like Google Ads and make even more money.

Web 2.0 can be called the era of targeted advertising and lack of privacy. But we were ready to share personal information in order to use all these social networks, online shopping and other benefits of Web 2.0.

Problems and Disadvantages of Web 2.0

This brings us to the problems and shortcomings of Web 2.0 that led to the thought of Web 3.0.

Thus, it became apparent that Web 2.0 needed an upgrade. Therefore, the concept of Web 3.0 enters the arena.

Web 3.0 is shaping up right now as you read this article. 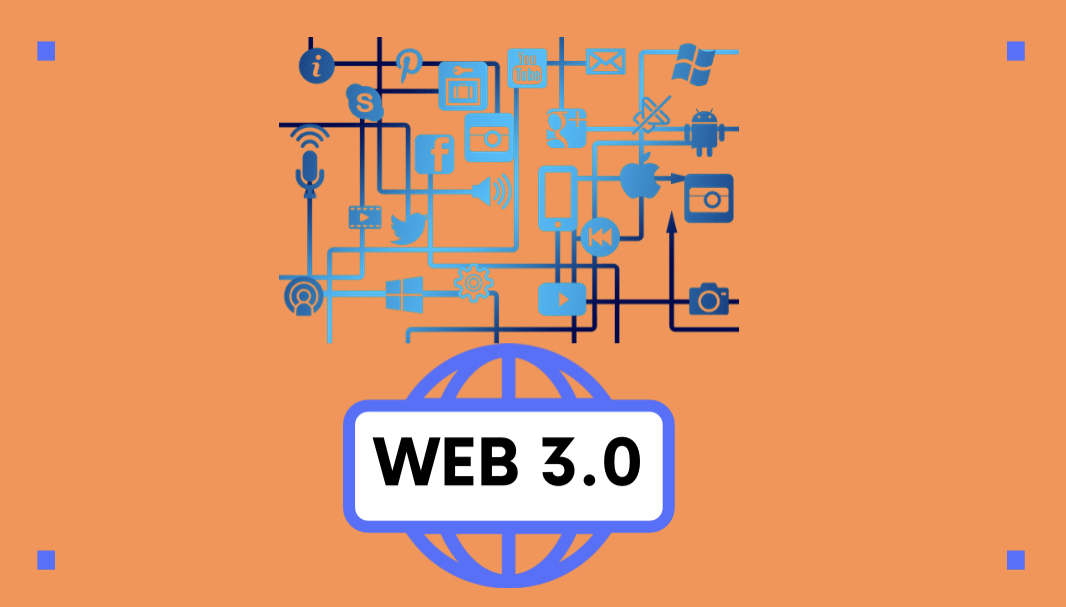 Roughly speaking, Web 3.0 is a new stage in the development of the Internet, in which blockchain technologies and other decentralization tools like DAO will most likely be used. Why “most likely” because it is not yet clear whether it will be exactly the blockchain technology, or they will come up with something new, what kind of blockchain or blockchains it will be, how they will interact with each other, and so on. Too early to be certain.

Web 3.0 is a new stage in the development of the Internet, in which blockchain technologies and other decentralization tools like DAO will most likely be used.

It is also worth noting that Web 3.0 goes far beyond the Internet and fully penetrates the real world. This is an attempt to change the financial system and the principles of interaction between people, to form new rules for the operation of companies and to build a completely new world. The author of the concept of “Web 2.0” Tim O’Reilly even suggested defining Web 3.0 as “the interaction of the Internet with the physical world.”

But let’s go over the features of Web 3.0 that are currently known.

Metaverse is a social media upgrade from web 2.0.

The Challenges of Moving to Web 3.0

The transition to Web 3.0 is long and difficult. After all, you need to revise the entire Internet stack, switch from generally accepted protocols http and others to new decentralized rails, change the management schemes for companies and projects to DAO. This is a huge colossus, on which the entire economy and life of the planet is now tied.

It will take time for a full-fledged WEB 3.0 to appear.

In addition, regular users also need time to switch to DApps, figure out how it all works, and so on. So all this takes time. How many? We do not know, but we will try to bring the offensive of Web 3.0 closer to the best of our ability, since this is the right vector for decentralization, democratization and privacy. In the meantime, we will use Web 2.1, Web 2.2, Web 2.3 and so on, until the very Web 3.0 arrives.

Web 3.0 is something that will not live on centralized servers owned by specific people or companies. It will be a distributed database that will be stored on special nodes, and anyone can become the owner of the node. Thus, no company can single-handedly delete any content, because thousands of users will have a copy of the database.

dApp – decentralized applications. This is what common applications will be called when the era of Web 3.0 arrives.

Decentralized Autonomous Organizations. They don’t have a CEO or board of directors. They have users who have the right to vote. It is the DAO that will determine the tariff scale and editorial policy, the amount of remuneration and punishment by voting.